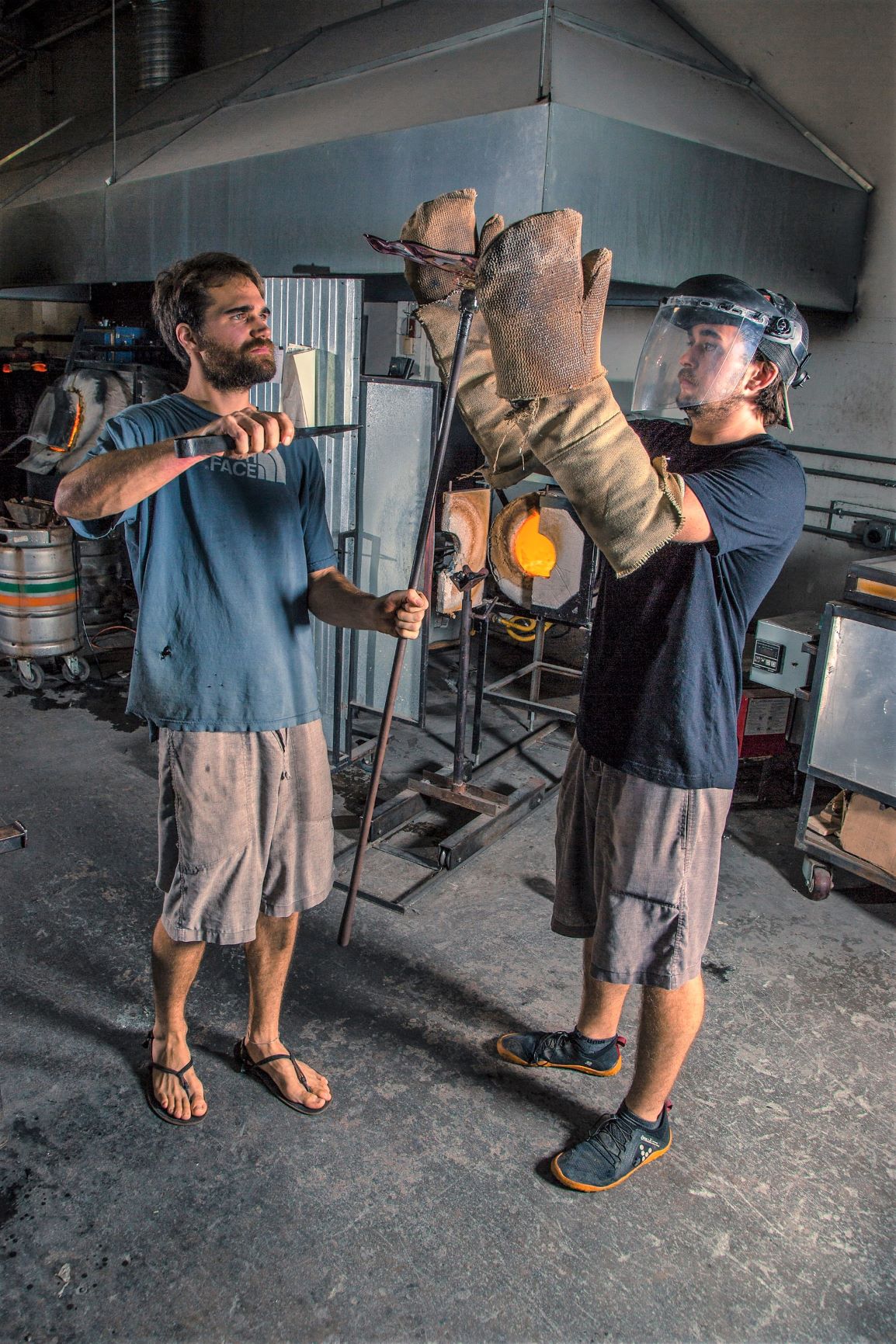 Dedicated and passionate about the ancient art form of glass blowing both Tate and Aaron committed themselves to the craft in 2012.

With the goal of opening their own studio, they worked as apprentices in Sacramento, CA, climbed the ranks at a local studio in Berkeley, CA, traveled to Italy to learn from the masters themselves, took courses on craft and equipment across the country - and with the help of their business partner Ash Koss, attended as many art festivals as they could fit into the years selling their creations every step of the way.

Six years into the dream, the studio opened & the furnace is HOT! (check us out on Instagram for photos of the build, new products, giveaways, show schedules and more! - @2bglass).

In adolescence, Tate and Aaron would spend a tremendous amount of time outdoors. The clarity they experienced in nature during their youth influenced their ambition and drove their certainty that they would one day be craftsmen.

Nature not only allowed their internal artist to play, to imagine the possible, it also allowed them to breath and believe.

As the years passed, it became more clear how they could make the dream happen, the research and education they would need and the construction and equipment they were going to have to learn how to build.

They knew it was going to be hard and that they were going to need more money and resources then they had, but they took small determined steps and chanced it.

As a trio, with Business Partner Ash Koss, 2BGlass has a captivating retro-modern style. As a brand they aspire to craft sharp, functional works of art that provide creativity & legacy to the homes they reside in.

"We enjoy collaborating based on complimentary color beauty, interior texturizing and personal representation. This rare craft truly brings a home to life in a way no other medium can. It's fluid and memorable, bold and subtle, fresh and ancient. It's pure magic!" - Ash
"Every day in the shop is inspiring, knowing that each gather of molten glass at the end of our pipes can become just about anything.
We hope that you will fall in love with hand blown glass the way that we have." - Tate & Aaron